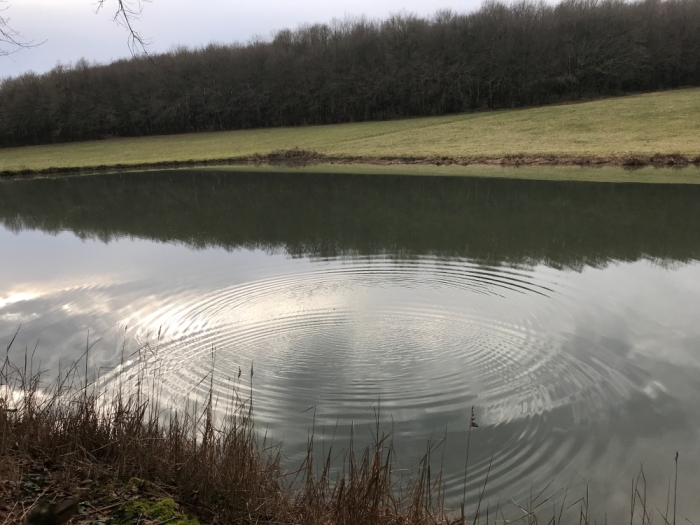 There is a tradition in the more exotic part of Christian ascetical tradition, from the good old days when ascetics meant business, of standing in icy water to cool off the passions while reciting the psalms. By passions, they meant not only the obvious carnal ones but generally all disordered and unbalanced habits or states of mind. Usually strict moderation seems to be the best way to re-set the system but, just as some countries use extreme austerity to improve the economy, so some individuals preferred cold nightlong baths.

There is another element in these stories, however, which make them less sensational and more significant. It is often described how someone tested the water the ascetics had just been standing in to see how cold it was and found it was in fact very warm. The energy of prayer had heated the water. This echoes the quite well-authenticated tales of Tibetan monks who sit in the Himalayas wrapped in cold wet blankets and heat them up by mental-physical power until they steam dry.

Most of us are a bit strange, if true be told, in ways that we normally don’t make public, so we should not be too quick to judge or ridicule those who like to do such things. Most people don’t want to invent and endure voluntary suffering of this kind even if it does develop self-control and personal training. Athletes might understand them better. But perhaps there is a lesson for the more conventional and, hopefully, more moderate among us as well.

It is the message that by acceptance, resilience and strong attention in the midst of difficult situations we can radically transform them. The discovery of a serious illness can evoke crippling fear of death but then lead through that fear to powerful love and produce compassion for others, in which the fear of death dissolves. A destructive addiction can threaten to wreck our life and then evolve into the discovery of inner freedom and joy. The most anguished sense of absence, as after the loss of someone we love, can gradually open like a flower into a new kind of intimate presence. And death can lead to resurrection.

More important then praying to have the unavoidable taken away from us – asking for a suspension of the laws of nature – is the prayer to endure and stay awake – what Lent is about.

And more important than that, as the great desert teachers advised, is to pray for the gift of true prayer itself.

We have, however, to learn to pray – just as we learn to walk or to talk