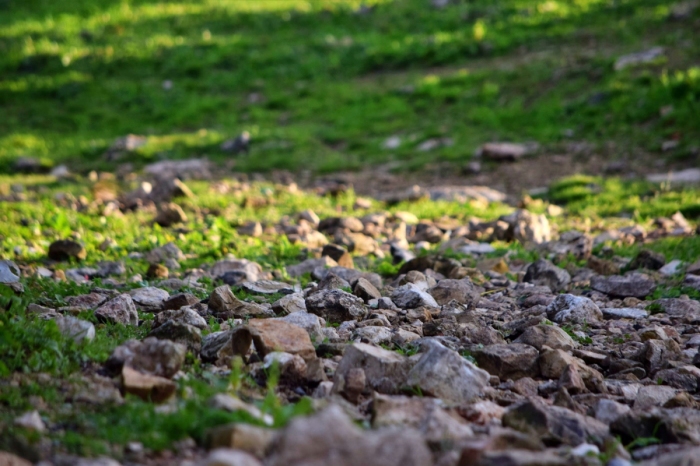 Today Jesus says there is a time to fast and a time not to fast. At Cana in Galilee where he performed his first ‘sign’ at a wedding feast that he was attending with his family and friends, he was certainly not fasting. He must have had a good time. But Lent is a time to fast – digitally as well as in food and drink – and we can have as good a time in doing so as when we are feasting. Jesus walked and talked across the valleys and mountains of his home land but he also took regular times alone in solitary places and often prayed through the night. There are many dimensions of goodness that need to be respected if life is to be whole and our land holy.

Conventionally we live in three dimensions of space and in a fourth of time. These are different ways of being and knowing the world. We should be turned on to all of them if we are to have a good time of life and make time itself deep, broad and long. Stress or depression are signs that time and space have not been harmonised in us. When Jesus took his forty days in the desert before beginning his public life he would have been intensely aware as well of the divine dimension of reality. This may not be a good term because it suggests the divine is just another dimension instead of the reality that contains and fills all dimensions. Let’s call it the spiritual dimension, then, and we see quickly how we have become tuned out from this by the hyper-activity of the four-dimensional world we think we inhabit.

In our narrow fixation on the material world and science, the spiritual dimension has been relegated to the margins or excluded altogether. Yet science itself – when it is conducted with the contemplative principles of attention and selflessness – shows us there are more dimensions of reality than we had imagined. A string theorist in modern physics will say there are at least ten dimensions by which we can ‘measure’ reality (up to 26 I think are proposed). If so, where are they? The physicists say they are just as real as the ‘big four’ we are familiar with; but they describe them as ‘curled up’ out of sight. This has been compared to the way we see the wires strung between telephone poles. From a distance they look one-dimensional, a single line. Up close we see they are round and three-dimensional. As the poetic visionary, William Blake reminds us: If the doors of perception are cleansed everything would appear to Man as it is, Infinite. For Man has closed himself up till he sees all things through narrow chinks in his cavern.

The purpose of moderate spiritual exercise during Lent is not to force altered states of consciousness to happen but to enable us to see more – and more clearly. Our daily discipline during Lent is like spring cleaning.We are not trying to see what we think isn’t there but the everything that is there. The spiritual dimension then can be seen as that dimension in which all dimensions of reality are known. It is the dimension of wholeness and integration: the Way, the Mystery beyond name, God. It is in this dimension that healing, flowing from wholeness and overcoming separation, repairs the damage done by conflict as it enters our own microcosm of and the cosmos.

This doesn’t mean we have to be able to name and understand all dimensions but we can ‘see’ them using the enhanced power of our cleansed perception. To those of us in the Northern hemisphere it is the pure joy and sense of revelation of finding a crop of crocuses under a wintry, still bare tree.