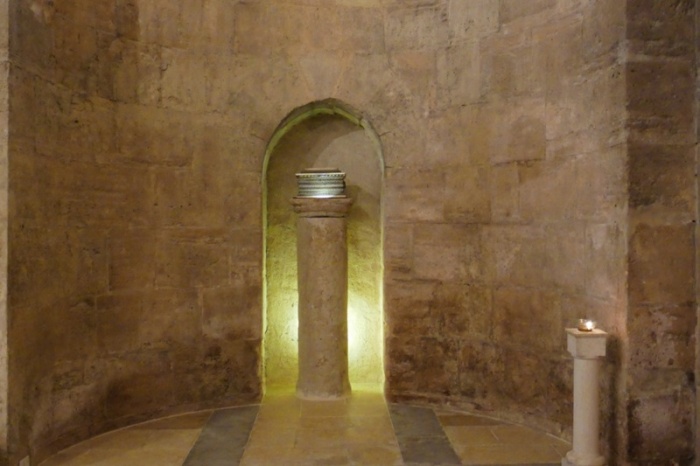 After St Anthony of the Desert meditated for twenty years in solitude his friends came to find him, expecting him to be dead or deranged. Instead he emerged physically and mentally radiant, healthy and rational. For the rest of his life he was known for healing the sick, comforting the sorrowful and reconciling the divided. These are not bad ways to understand what good work and a meaningful life means. But these works express a deeper state of being. Whoever touches that in themselves and stays there, becomes capable of changing the minds of others – turning them towards the same depth in themselves. It doesn’t matter if you ‘believe’ in that person or not.  Or, at least, your opinion of them is secondary to your being touched and changed by them, through them.  Believing what you see their work makes it easier to see who the person behind it really is.

This implies a certain kind of leadership. Not the kind that is merely defined by results and success or charismatic powers of persuasion. But the kind that exposes the hidden dimension of goodness both within us and at the heart of all human relationships. This is disturbing, indeed revolutionary, because so many of our assumptions, about ourselves and others, are constructed on a major under-estimation of our essential goodness. Often it is even worse, we have a low sense of self and a basic distrust of others.

The court is corrupt, the fields are overgrown with weeds, the granaries are empty; yet there are those dressed in fineries, with swords at their sides, filled with food and drink and possessed of too much wealth. This is known as taking the lead in robbery. Far indeed is this from the Way. (Tao Te Ching LIII)

The socially destabilising impact of vast discrepancies of wealth in society is increasingly obvious. Is it unreasonable to think that Brexit might be related to almost four million children living in poverty in the UK? When Lao Tse was writing, in the sixth century BC social expectations were very different but the wise person’s insight into essential goodness was the same as ever. With that insight comes outrage and the deep sadness of the prophet when they see how deluded we can all become and how unmerciful and unfair we can act in that state of delusion.

The mystical meaning of Easter we have been preparing for nearly six weeks cannot be separated from its works. It is not, firstly, about belief but experience. Belief grows from experience. To be touched by the Resurrection sends us back to life with new ways of seeing and a radical challenge to our values.

Unfortunately, for those who think the guide book is the journey, how this happens can only be understood by passing through the whole process that leads to resurrection. Suffering and ultimate loss cannot ultimately be avoided. That’s the good news.